To share your memory on the wall of Leonard Carini, sign in using one of the following options:

Provide comfort for the family of Leonard Carini with a meaningful gesture of sympathy.

Lenny was a devout Catholic and a South Milwaukee High School graduate. He graduated from the Illinois State Police Academy. Lenny was a proud Winthrop Harbor, IL Police Officer for 20 years, receiving the honor of Officer of the Year award. He served as a member of SWAT and was a tactical patrol officer. Lenny completed the prestigious FBI-LEEDA training.

He was an avid collector of classic cars, guns, and was a Harley Davidson rider. Most of all, he loved spending time with his family.

His life was to Protect and Serve his community of Winthrop Harbor, his God, his family and friends. He will be missed by all that knew him.

To send flowers to the family or plant a tree in memory of Leonard L. ""Lenny"" Carini, please visit our Heartfelt Sympathies Store.

Receive notifications about information and event scheduling for Leonard

We encourage you to share your most beloved memories of Leonard here, so that the family and other loved ones can always see it. You can upload cherished photographs, or share your favorite stories, and can even comment on those shared by others.

Kenny (Round Lake Beach PD) and Crystal Lupi, The Normingtons (Matt, Amanda, Lily Jane, and Cash, and others have sent flowers to the family of Leonard L. ""Lenny"" Carini.
Show you care by sending flowers

Guaranteed hand delivery by a local florist
AS

Posted Feb 22, 2019 at 03:56pm
We are so sad to hear of Lenny’s passing. He was one of the true good guys and he had a positive impact on many people. We hope you find some comfort in the many happy memories he made with the people he loved.

Posted Feb 22, 2019 at 11:28am
To my brotha from another mother. I love you man. You didn’t care about color, religion or politics it was always just love! Weeks and months would pass and when we see each other it was like time stood still and there was always a hug to start every conversation. I was reading our old texts and regret the time we miss hanging out. I will grieve you now but smile and celebrate your life and times spent together.

Posted Feb 21, 2019 at 12:03pm
We are very saddened to hear about Lenny's passing. I started my career with him and appreciate all he did for me. We pray for healing and guidance.

Posted Feb 21, 2019 at 09:19am
Our most heartfelt sympathies to you and your family at this time. You are in our prayers and may God keep you by his side during this difficult time. 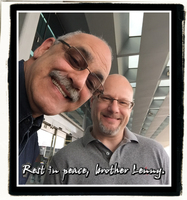 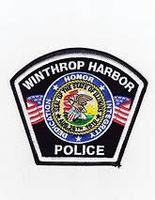 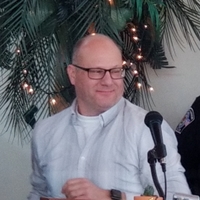