To share your memory on the wall of Jacqueline Gottwald, sign in using one of the following options:

Jacqueline Thair (nee Bedell) Gottwald of South Milwaukee passed away on Thursday, January 2, 2020, surrounded by her loving family. Preceded in death by her loving husband John.

Jacqueline Thair (nee Bedell) Gottwald of South Milwaukee passed away on Thursday, January 2, 2020, surrounded by her loving family. Preceded in death by her loving husband John.

Born in 1933 in Wakefield, MI, Jackie graduated from Wakefield High School in 1951 where she was a majorette in the marching band. In 1952, she married John William Gottwald II of Ramsay, MI and was the proud mother of ten children, three daughters and seven sons.

Jackie worked for over thirty years as a CNA at the Franciscan Villa in South Milwaukee, providing comfort and care to many residents. Her deep compassion for others was matched by a grit that allowed her to overcome her own bout with breast cancer.

She enjoyed visiting with her friends, neighbors and family. Loved spending time with her kids and grandchildren along with the many cats she had over the years. Her cat Cutie was a comfort and companion to her till the end. At one time she even had a pet racoon that she helped raise. The racoon even moved with them when the family temporarily moved to Escanaba, MI. Every summer she would go up to the family cabin on Weber Lake for the month of July. While she was there, she would also go out to the Pleasant Lake Cabin to visit with the Strickers’ and would meet up with the Tadlocks’ and the other Gottwald family at one of the cabins, for dinner in town or at one of their homes. She really enjoyed going to the fireworks in Wakefield, MI along with the parade the next day. The years that her high school reunion took place she would march in the parade with her class and would talk about it for years. The reminiscing that took place while she was up there really brought her back to her childhood. She would tell stories of how the town looked when she was a child and how much change took place since she moved away. The lakes were never too cold for her to go swimming. She would go swimming in either lake. She really enjoyed being in the water whether it was doing water aerobics in a pool or trying to swim the lake. She might have moved south but her heart remained back home in the north woods.

To send flowers to the family or plant a tree in memory of Jacqueline T. Gottwald (Bedell), please visit our Heartfelt Sympathies Store.

Receive notifications about information and event scheduling for Jacqueline

We encourage you to share your most beloved memories of Jacqueline here, so that the family and other loved ones can always see it. You can upload cherished photographs, or share your favorite stories, and can even comment on those shared by others.

Posted Jan 12, 2020 at 05:59pm
I am so sorry to hear of your mom's passing. I absolutely loved listening to her stories. She will be missed. Thank you for being a great neighbor.

Posted Jan 09, 2020 at 08:19am
My condolences to your family. In your sorrow may there be hope, in your thoughts may there be peace, in your heart may there be be healing. Psalm 147:73 assures us "He (Jehovah God) heals the broken hearted,He binds up our wounds". May you find comfort in God's Words at this difficult time.
Comment Share
Share via: 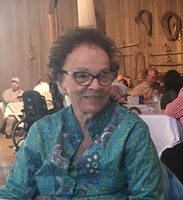 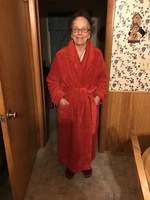 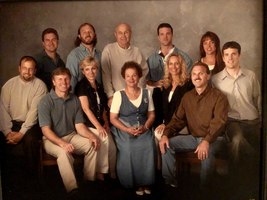 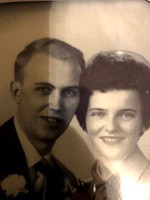