To share your memory on the wall of Daniel Gresser, sign in using one of the following options:

Provide comfort for the family of Daniel Gresser with a meaningful gesture of sympathy.

Born February 29th, 1948 in Milwaukee, WI, he was the beloved son of the late Clarence Gresser and Leogarde (Jonas) Gresser. He was preceded in death by his sister Arlette (Victor) Varga and brother Timothy Gresser.

Daniel graduated from Don Bosco Catholic High School in 1966, and proudly served in the United States Navy during the Vietnam War. He was a lifelong maintenance mechanic and retired from Patrick Cudahy in 2004. He was an avid Wisconsin sports fan, and in his spare time enjoyed fishing and hunting.

Daniel is survived by his dear sister Leanne (Joel) Miksa, sister-in-law Sandra Gresser, loving sons Brian (Anna Maria) & Christopher (Danielle) Gresser, and grandchildren Elise, Ian, Joseph, Jacob, & Ryleigh. He is further survived by nieces, nephews, and many other relatives and friends. He was loved by many and will be missed by all.

Visitation will be at Nativity of the Lord Catholic Church in Cudahy, Wisconsin, on Saturday, December 14th, from 12:00PM to 1:00PM, with services at 1:00PM. A reception will be held at the Pulaski Inn immediately following Church services.
Read Less

We encourage you to share your most beloved memories of Daniel here, so that the family and other loved ones can always see it. You can upload cherished photographs, or share your favorite stories, and can even comment on those shared by others.

James Bambrough sent flowers to the family of Daniel Gresser.
Show you care by sending flowers

Posted Dec 10, 2019 at 08:10am
My brother in law always mafe me laugh. Had a unique twist on things and sure loved his family. After every phone call he always said I love you. We always talked about Timmy young and old and that made me happy. I will miss him.
Comment Share
Share via: 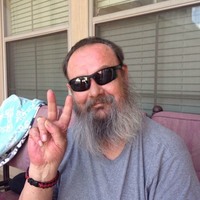