To share your memory on the wall of Richard Kinney, sign in using one of the following options:

He was preceded in death by his beloved grandparents, Bruno and Stella Kowalski, dear mother Irene Kinney, father Richard Kinney, mother-in-law Joyce Berens and good friend Dave Eifert. He is survived by his wife of 33 years, Robin Berens Kinney, brother and sister-in-law Tom and Lilly Kinney, father-in-law Roland Berens and numerous relatives and friends. Special thanks to the Russ Kampa family.

Private cremation services were held. His ashes will be interred with his mother at Resurrection Catholic Cemetery in Justice, Illinois. A memorial service will be held in Milwaukee in the spring of 2021. In lieu of flowers, please consider a donation to Arts@Large. www.artsatlargeinc.org

“I don’t want anybody to make any fuss. When I go, I just want to be stood outside in the garbage with my hat on.”
- Lou Grant
Read Less

To send flowers to the family or plant a tree in memory of Richard W "RK" Kinney, please visit our Heartfelt Sympathies Store.

Receive notifications about information and event scheduling for Richard

There are no events scheduled. You can still show your support by sending flowers directly to the family, or planting a memorial tree in memory of Richard W "RK" Kinney.
Visit the Heartfelt Sympathies Store

We encourage you to share your most beloved memories of Richard here, so that the family and other loved ones can always see it. You can upload cherished photographs, or share your favorite stories, and can even comment on those shared by others. 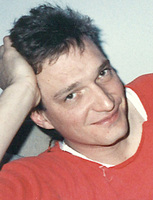