To share your memory on the wall of Patrick Murphy, sign in using one of the following options:

Print
Patrick “Murf” Colin Murphy passed away peacefully at his home on July 11, 2020 in Milwaukee, WI.

He is survived by his children; Ericka (Damien) Evans, Jessica (Adam) Murphy-Cain and Lucas Murphy. His grandchildren; Dylan Pecor, Lila Miller and Phil. His siblings; Colin (Mel) Murphy, Sean Murphy and Deanna (Mark) Murphy-Rice and his Father Terrence Murphy. He is preceded by death with his Mother Penny, wife Patrice and his favorite Aunt, Aunt Kappy.

Patrick / Murf’ was born to Patrica “Penny” and Terrence Murphy on April 18, 1960 in Milwaukee, WI. After high school he took the call to serve his country by serving 4 years in both the Marines and Army where he received the Good Conduct Medal and Humanitarian Service Medal. He then retired his career in the Armed Services and came home to raise his Family and work on cars as a mechanic which was what he was best at and what he thoroughly enjoyed.

To everyone that knew Murf’ knows he was a character of his own. Whether he had a goofy nickname for you or his sarcastic (sometimes dark) sense of humor, it was never a dull moment being in his presence. Murf was a lover of Harley’s, cars, guns, Mob movies, animals, his Country that he served for and his ever growing stack of magazines. He was also a devoted Father, Friend and Sibling whom would take the shirt off his back for. He will be greatly missed by all that had the privilege of knowing him.

There will be a proper burial at Union Grove Veterans Memorial Cemetery with military honors at a later date. Followed by a small memorial dinner for Family and close Friends.
Read Less

To send flowers to the family or plant a tree in memory of Patrick Murphy, please visit our Heartfelt Sympathies Store.

Receive notifications about information and event scheduling for Patrick

There are no events scheduled. You can still show your support by sending flowers directly to the family, or planting a memorial tree in memory of Patrick Murphy.
Visit the Heartfelt Sympathies Store

We encourage you to share your most beloved memories of Patrick here, so that the family and other loved ones can always see it. You can upload cherished photographs, or share your favorite stories, and can even comment on those shared by others.

Posted Jul 15, 2020 at 07:49pm
Ericka and family, We are sorry to hear Murphy passed away. He was quite a character with a heart of gold. Sorry for your loss. Hope the happy memories carry you through this sad time. Love you, Aunt Pam
Comment Share
Share via: 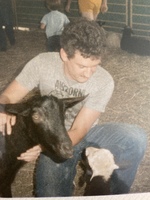 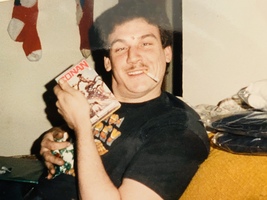