To share your memory on the wall of Michael Grabowski, sign in using one of the following options:

Provide comfort for the family of Michael Grabowski with a meaningful gesture of sympathy.

In his short life he accomplished getting a Bachelor Degree in Psychology, an Associate Degree in Criminal Justice, as well as an Associate Degree in Business Management. He worked as an Auxiliary Officer for the Greenfield Police Department. Joined the Army Reserves and became a Military Police Officer and then a Field Medic. Then he became a Subcontractor as a Field Service Engineer for the NCR Corporation, which enabled him to have flexible hours. One of the most enduring qualities of Michael’s was his unselfishness and caring of others. It enabled him to take such great care of his two grandparents, whom he thought the world of!

We are blessed to have known him; the world was a better place because he was in it. Now those in heaven will get to share in his love.

Remembering you will be easy, we’ll do it every day, missing you is a heartache that will never go away.

We encourage you to share your most beloved memories of Michael here, so that the family and other loved ones can always see it. You can upload cherished photographs, or share your favorite stories, and can even comment on those shared by others.

Posted Sep 13, 2019 at 01:19pm
Our thoughts and prayers with the family at this difficult time

Flowers were purchased for the family of Michael Grabowski. Send Flowers

Posted Sep 10, 2019 at 11:18pm
Michael was such a sweet, funny, caring friend to Andy, and I. He will truly be missed. I know he is in a better place, and at peace. I'm sorry to his family for their loss. Love u Michael.
Comment Share
Share via:

Thank you Caitlin. We know how much Michael loved Andy and vice versa. This is hard on all all of us, for Michael was a genuinely loving caring person who died way too soon.
SC

Posted Sep 08, 2019 at 04:44pm
I am so very sorry for your loss, Teri and Mike. I am holding you and your family in my thoughts.
Sincerely, Sarah Corso
Comment Share
Share via:

Michael was always a sweet, funny, caring friend to Andy, and I. He will truly be missed. I know he is in a better place and at peace. I'm so sorry to his family for their loss. Love u Michael.

Thank you Sarah, this is oh so hard for us all. We know though that Michael would want us to go on, it's just so very very hard to do that. We will never be the same without him. 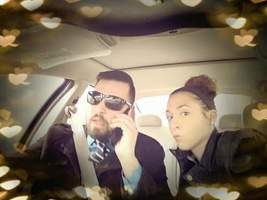 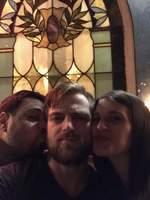