To share your memory on the wall of Howard Shey, sign in using one of the following options:

Jim Shey of Glendale, WI passed away peacefully in the early morning hours of May 19th. He was born on July 21st, 1935 in Atlantic, IA to Jerome “Howard” and Lucille Shey. He graduated from Creighton Prep... Read More
Shey, Howard James “Jim”

Jim Shey of Glendale, WI passed away peacefully in the early morning hours of May 19th. He was born on July 21st, 1935 in Atlantic, IA to Jerome “Howard” and Lucille Shey. He graduated from Creighton Prep in Omaha, NE in 1953 and entered the St. Stanislaus Jesuit Seminary in Florissant, MO. As a novice, he attended classes at St. Louis University before serving at the Rosebud Indian Reservation in South Dakota. After leaving the Order he attended Creighton University, graduating with a BA in 1962. The recipient of a Woodrow Wilson Fellowship, Jim pursued graduate studies in classical languages, earning his MA from Indiana University in 1963 and his Ph.D. from the University of Iowa in 1968. As a professor in the Classics Department at the University of Wisconsin-Milwaukee for over thirty years, Jim taught mythology, ancient Greek, Latin, and Egyptology.

Jim married Kathleen O’Connell in 1962 and they had two sons together. He enjoyed reading, travel, and theater. Jim was preceded in death by his parents, brother Jerry, and sister Joan. Beloved friend, father, and professor, he is survived by his sons Matthew (Carolyn) and Michael (Kathleen); grandsons Patrick, Thomas, and William; and by his companion Patricia Marquardt.

Funeral arrangements are under the care of Molthen-Bell & Sons. A memorial service will be held at a later date. Donations in his memory may be made to the Midwest Province of the Society of Jesus: www.jesuitsmidwest.org.
Read Less

To send flowers to the family or plant a tree in memory of Howard J. Shey, please visit our Heartfelt Sympathies Store.

Receive notifications about information and event scheduling for Howard

There are no events scheduled. You can still show your support by sending flowers directly to the family, or planting a memorial tree in memory of Howard J. Shey.
Visit the Heartfelt Sympathies Store

We encourage you to share your most beloved memories of Howard here, so that the family and other loved ones can always see it. You can upload cherished photographs, or share your favorite stories, and can even comment on those shared by others.

Jim's Colleagues and Friends in Classics at UWM sent flowers to the family of Howard J. Shey.
Show you care by sending flowers

Jim's Colleagues and Friends in Classics at UWM

Jim's Colleagues and Friends in Classics at UWM purchased flowers for the family of Howard Shey. Send Flowers 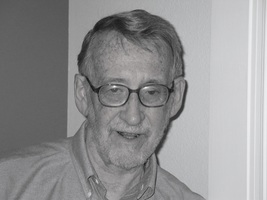