To share your memory on the wall of Harold Swanson, sign in using one of the following options:

The gesture that can change the world

Harold married Kathryn Lindall in Westbrook, MN, on June 9, 1962. She survives him. Harold and Kathryn had three children: Kristen Swanson (Walt Reichelt) of South Milwaukee and sons Dr. Thor and the Reverend Erik (Melinda) of Barberton, Ohio. Thor preceded him in death in 2015. Grandchildren are Siri Reichelt of South Milwaukee; Trina, Kari and Johanna Swanson of Sioux City, IA, and Kathryn, Lydia, Hannah and Isaac Swanson of Barberton, OH.

To send flowers to the family or plant a tree in memory of Harold Otto Swanson, please visit our Heartfelt Sympathies Store.

We encourage you to share your most beloved memories of Harold here, so that the family and other loved ones can always see it. You can upload cherished photographs, or share your favorite stories, and can even comment on those shared by others.

Posted Mar 07, 2020 at 11:49am
I always enjoyed my conversations with Harold. We talked tennis, teaching, and family. He was an inspiration to me, and it saddens me that I never got the chance to thank him for the positive influence he has had only life. World lost a beautiful soul.
Bob Feller
Manitowoc Lincoln Tennis
Comment Share
Share via:
HS

Posted Mar 06, 2020 at 07:24pm
To a man who did nothing but great things for our city and our sport. My appreciation, you were a mentor and friend. You will be missed. Thanks Todd

Flowers were purchased and a memorial tree planted for the family of Harold Swanson. Send Flowers

Posted Mar 06, 2020 at 11:30am
Harold was a friend and colleague at Prairie School. He had a good sense of humor, announcing that the tennis team would leave at 2:17 or some other unorthodox time. I remember him as a friend of students and someone who never capitalized on his own fame or reputation. He also saw the higher value of introducing young people with potential from South Milwaukee to Prairie School. He was a true gentleman.

Posted Mar 05, 2020 at 12:58pm
Mr. Swanson "Spider" was my 9th grade Bball coach in 1963. He was my all time favorite coach as it was always about the kids. You could not help but love him as a great Coach and a Civics Teacher. For my 9th grade Civics project of what I wanted to be in the future , I chose to be aTeacher. This was a direct result of his influence on me. In my 34 yr Teaching and Coaching career , I always remembered him, and kept in mind that it was always about the children . I've thought of him so many times over the years. God Bless , John Dimond
Comment Share
Share via:
HS

Blooming Garden Basket was purchased for the family of Harold Swanson. Send Flowers 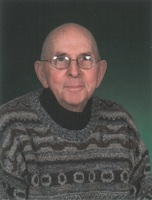 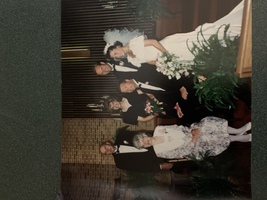