To share your memory on the wall of Gary Hanley, sign in using one of the following options:

Provide comfort for the family of Gary Hanley with a meaningful gesture of sympathy.

Print
Gary Thomas Hanley was welcomed into eternal life April 16, 2020 at the age of 67 years.

Gary was the loving husband and best friend of Mary (nee Forecki), father of Erik (Rebekah), brother of Colleen (Michael) Skott, brother-in-law of T... Read More
Gary Thomas Hanley was welcomed into eternal life April 16, 2020 at the age of 67 years.

Gary was the loving husband and best friend of Mary (nee Forecki), father of Erik (Rebekah), brother of Colleen (Michael) Skott, brother-in-law of Thomas (Diane) Forecki, an uncle to multiple nieces and nephews, and was a friend to many. He was preceded in death by his father, Stephen, and his mother Violet (nee Frank).

A man of many nicknames, Gary was called "Bud" by his son who considered him his best buddy. His wife called him "Birthday Bear" because of how much time and effort Gary put into birthdays - and every holiday, especially Christmas.

Graduating from South Milwaukee High School in 1970, Gary worked at R-W Enterprises for a short time but spent 35 years in the maintenance department of Milwaukee Area Technical College, retiring in 2007. Gary was a proud Irishman and very much a do-it-yourselfer, often saying just because he didn't know how something worked didn't mean he couldn't fix it.

Gary loved movies and television, quoted them often, and had a collection that would rival a Blockbuster in its prime. Some of his favorites included Back to the Future, Die Hard, Jingle All the Way, Star Trek, and Patton - which he watched every Father's Day in honor of his father who served with General Patton during World War II.

Gary was happiest in his favorite chair, surrounded by family, enjoying some delicious food with a good movie on the television. A private service with immediate family will be held in May.
Read Less

To send flowers to the family or plant a tree in memory of Gary Thomas Hanley, please visit our Heartfelt Sympathies Store.

Receive notifications about information and event scheduling for Gary

There are no events scheduled. You can still show your support by sending flowers directly to the family, or planting a memorial tree in memory of Gary Thomas Hanley.
Visit the Heartfelt Sympathies Store

We encourage you to share your most beloved memories of Gary here, so that the family and other loved ones can always see it. You can upload cherished photographs, or share your favorite stories, and can even comment on those shared by others. 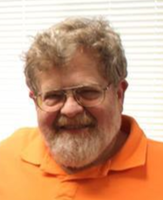