To share your memory on the wall of Donald Meyer, sign in using one of the following options:

Provide comfort for the family of Donald Meyer with a meaningful gesture of sympathy.

After the war, he held a variety of jobs, while also starting Meyer Wholesale Souvenir Company, the first seller of wholesale souvenirs in the Milwaukee area. He continued with this business until the age of 92. During his employment at the Daimler-Chrysler Parts Division, he became very active with the UAW union and became a regular contributor to their union newspaper with a feature called Parts Plant Patter.

In addition, he petitioned the USPS to honor Congressional Medal of Honor recipient Audie Murphy with a commemorative stamp.

Don was preceded in death by his wife of 70 years, Ann, who passed away 3 months ago, following a 10 year long illness.

He is survived by his children: Diane (Denis) Korb and Jeffrey Meyer; grandchildren: Sherrie (Matt) Dlugi, Steven Korb and Daniel Korb and great-grandson: Matt Ramm. He is further survived by additional family and friends.

We encourage you to share your most beloved memories of Donald here, so that the family and other loved ones can always see it. You can upload cherished photographs, or share your favorite stories, and can even comment on those shared by others. 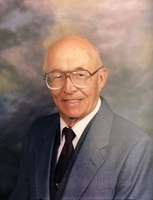