To share your memory on the wall of Avak Tertadian, sign in using one of the following options:

Avak, son of Armenian immigrants Simon and Lucia, was born in Carrollville, WI. He graduated from South Milwaukee High School in 1942, and enlisted in the Army with his brother Tertad in 1943. Because of his ham radio experience he went to technical school and became an Army radio technician. He was shipped to England, and went in on a boat to Utah Beach on D-Day. His duty was putting up radio repeaters as they advanced toward Germany. When the war in Europe was won, he was shipped to the Philippines and New Guinea doing radio duties until the end of the war. He came home, met and married the love of his life Janice. Through their 65 years of marriage, they lovingly raised 4 children. He earned an Associate of Applied Science degree at the Milwaukee Institute of Technology. He worked at Ladish Co and Ampco Metal for many years as an electronics technician.

He enjoyed boating, water and snow skiing, card playing, photography and filming, including many years of filming for the South Milwaukee football team. Dad could fix anything that broke and always had a good story to tell to make people feel better. He will be greatly missed by family and friends. Deepest thanks to the kind staff of Aurora Home Hospice and Zilber Hospice of Wauwatosa.
Read Less

To send flowers to the family or plant a tree in memory of Avak "Harpo" Tertadian, please visit our Heartfelt Sympathies Store.

Receive notifications about information and event scheduling for Avak

We encourage you to share your most beloved memories of Avak here, so that the family and other loved ones can always see it. You can upload cherished photographs, or share your favorite stories, and can even comment on those shared by others.

Aaron and Corinne Eckhart and Paul & Sandy Nelson sent flowers to the family of Avak "Harpo" Tertadian.
Show you care by sending flowers

Posted Sep 19, 2019 at 04:00pm
May your family stay strong threw the celebration of Avak Tertadians life.

Posted Sep 19, 2019 at 09:39am
Sorry I will be unable to attend service, must be out of town for family wedding. Enjoyed working with Avak for many years. My deepest sympathy.

Mr Tarkowski: thank you for your note and thoughts. My Dad was proud of his work and years at both Ampco Metal and Ladish before that. I remember him getting up so early, going to work, and some of the stories he'd tell. Jack Tertadian
PN

Posted Sep 14, 2019 at 04:09pm
Dear Janice and family, we share your sorrow in the passing of Harpo but also rejoice with you for the many wonderful memories you have of him. 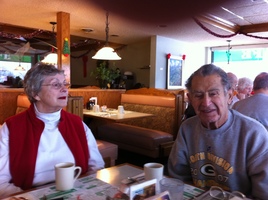 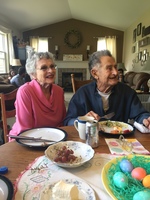 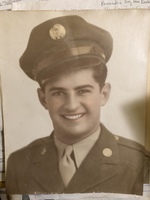